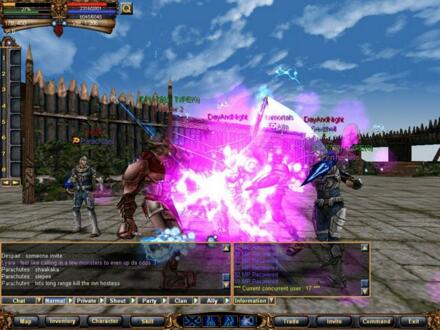 
Knight Online World is a free to play fantasy MMORPG developed by MGame for Windows. Step into a world of warrior and magic as you join one of the lands two great nations, the human empire of El Morad or the orc-like savages of the Karus Empire. Choose your race as either Male, Female or an enormous Barbarian, each with their own increased stats and available jobs/classes; the mighty Barbarians are locked to only the Warrior class, however Males and Females are able also pick Mage, Priest and Rogue. As a Warrior you will be the main melee combatant and the parties shield with your high hitpoints and defence. The mage fights from afar, hurling lightning and fireballs with devastating accuracy. The Rogue uses stealth and speed as a flexible role, using ranged weaponry as well as melee attack the Rogue also has some healing abilities. However, the main healer is the Priest, responsible for keeping the party alive but also armed with some offensive abilities and can debuff enemy opponents. Unlock new abilities as you advance through 80 levels, gaining XP from killing monsters and completing quests, which will also reward you with items, weapons and coin. 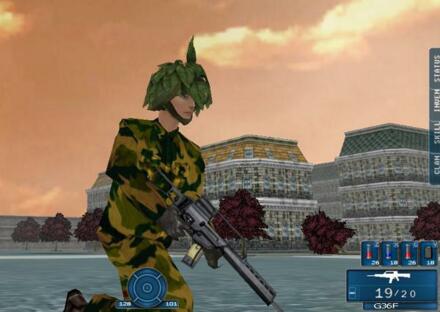 
On the continent of Vormis, a new threat brews beneath the capital city of New Jollis. Duke Arkesita, heir to the Praxic Empire and ruler of South Vormis, has declared martial law and sealed the gates of the capital. Without the protection of the capital, a scourge of bandits plague the rural roads, tormenting the villagers that depend on resources from other towns. Kajblood, under the rule of Baron Galadar, has become an impromptu governing body, sending a summons for able-bodied adventurers to help defend the against a recent onslaught of Kobold invasions. Disturbing accounts of necromancers meddling with the undead are whispered in the streets. Even the animals in the region seem affected by some strange aura of unrest. 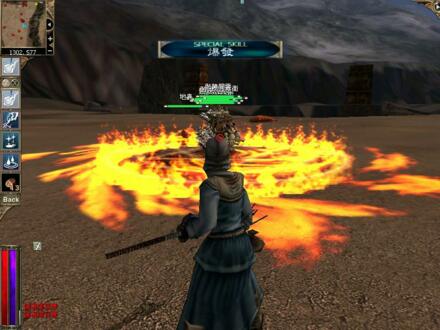 
Risk Your Life is one of the few MMORPGs (Massively Multiplayer Online Role-Playing Game) that bring you an online Virtual reality atmosphere that is both completely interactive and immersive.

RYL is a well-balanced MMORPG that allows players to create their own character, define its role, do battle with it, and much more in a virtual world. No longer do players have to face monotonous individual tasks but they can now interact with hundreds or thousands of other players from all over the world and undertake the adventure of a lifetime together. 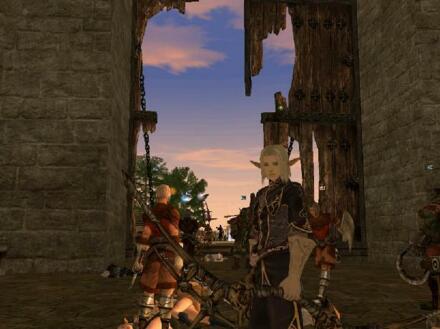 
The world of Lineage II is established with three kingdoms at its center which encompass the two large continents. Aden, the new kingdom was established after Raoul, the young king successfully quenched a civil war. Elmore, the military superpower, is located in the northern part of the continent. It boasts that it is a direct descendent of ancient
Elmore Aden kingdom. Gracia is located across the ocean on the west. It is currently embroiled in a chaotic battle among blood relatives trying to take over the throne. While these kingdoms buffer each other's power, within each kingdom since each manor has strong desire for self-rule. Therefore the kingdoms are vulnerable to the potential of internal strife as well. 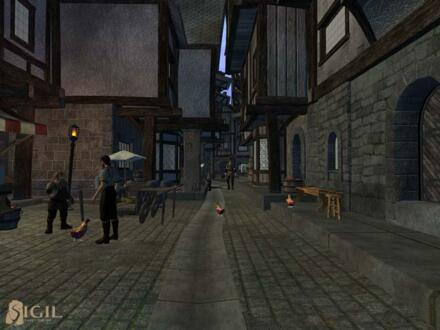 
Imagine a vast, detailed world of swords and sorcery, of dragons and knights, of fiery swords and chests overflowing with treasure… a world in which a myriad of sentient races and creatures, many of whom players will be able to base a character on, live and affect change. A place where players can follow very different paths of advancement, including assuming the roles of adventurers, crafters and merchants. 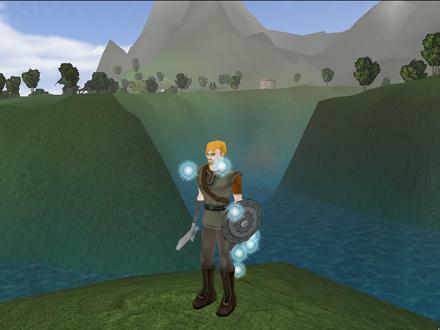 
Regnum Online is a MMORPG inviting you to PLAY FOR FREE with no level or time restrictions. All that is required is that you fight for your realm.


- Regnum offers 3 realms to choose from.

- An ever expanding number of quests.

- The ability to capture forts and castles.

- Support for Windows and Linux platforms.

MU Classic is a free to play 3-D RPG where players can control their own character, explore a vast realm filled with adventure and challenges and explore a wealth of in-depth features ranging from PVE to PVP content. With five classes to choose from players will be able to acquire and upgrade their own gear, unlock new abilities and skills and increase their power to face even greater threats in the world. MU Classic can be accessed through your web browser without the need of any plug-ins and does not require a client download. 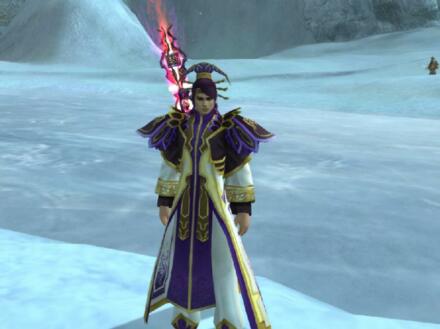 
Jade Dynasty is the English-based version of Zhu Xian, one of China's most popular Free-To-Play games. 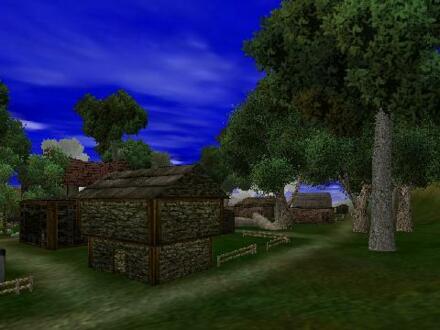 
In a age of war and destruction where the evil minions of the void push forward to destroy the world of Seregor. In a Place where the races of the land join together to fight for a common goal in a Epic Saga of limitless adventures and excitement. In a strange and bizare place much different then the land we know sets the scene for this new MMORPG Fantasy/Sci-Fi. Battle along side your friends in the Quest of a life time to Rebuild Lord Morlock's spell book and once and for all rid the land of the Voids Treachery. No longer be held captive to the boundaries of levels and Class restriction, escape the boredom and endless agony of point and click combat. Take a step into the world of Seregor and battle to the death to once more make this a FreeWorld! 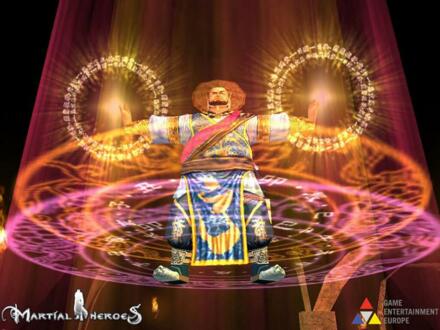 
Martial Heroes features a world rich in oriental heritage, martial arts and age-old legendry and offers a perfect blend between oriental medievalism and stunning fantasy. A gamer chooses the role that fits him or her best. By playing quests and using items such as swords and horses, the gamer grows into his role.
On your journey through the world of Martial Heroes you travel into areas totally different from locations you have seen before. There are mystical terrains where the night rules supreme, or lands that can only be reached through secret passages. While you progress through Martial Heroes and your character reaches new levels, many more elements will become available. This ensures richness in new experiences for players of Martial Heroes, never before encountered in any game. Of course real success comes from playing the game together. Martial Heroes offers the possibility to form a Guild. There is an unlimited number of levels that will keep the game provocative for every hardcore gamer.


Omens Realm - Alliance of the Three Worlds is a server of Odyssey Online Classic orginally made by Bugaboo. This Free online RPG server offers classical yet realistic game play. Made from simple programs and projects, this game is simple with addictive game-play.
Choose from over 12 different classes including Mages, Knights, Paladins, Necromancers, Thieves, Ninjas, and more, with beautiful music, hundreds of magical spells and end-less gaming. Start a long adventure, trade and find fortune, start and rule your own guild with your own castle, slain dragons, or just to come on and chat with friends, the destiny is in your very own hands! 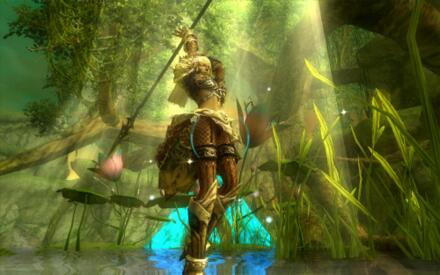 
Developed by CJ E&M Corp for Windows, Prius Online is a free to play 3D cinematic MMORPG with high quality production, immersive storyline, three character system, and many other unique features. Prius’ storyline are many dramatic in-game movie scenes. Unlike traditional cut scenes, the scenes in Prius are rendered on demand, featuring your character in the cinematic sequences.


Monkey King Online is a Free to Play Browser MMO develobed by R2Games.

Battle among the Immortals of the Heavens in monkey king online where you step into the boots of one of four key champions sworn to return peace through bloodshed if needs be! Based around the novels journey to the West and with key elements of Chinese mythology, Monkey King Online is a story driven free to play browser MMO RPG. The focus is to build up your own character, work together with other players and combat new challenges at every turn whilst uncovering the larger story arc. With stunning illustrated graphics and sleek GUI interface players will enjoy walking around the different environments and meeting new monsters and characters in the game