The game has four playable classes for players to experience: Knight, Priest, Swordsman and Ranger, each of which has their own skills that defines their playstyle, as well as this there are rare skill books that can be discovered that will activate a variety of passive skills to resist debuffs. Players battle their way through various combat focused features, as well as the main PVE content as they journey through the linear progression world fighting all sorts of enemies. On their journey their character will gain XP to level up and become stronger, as well as acquiring currency to upgrade themselves or different types of gear to equip.

Gear is an important element in the game and your character has 12 different gear slots to equip everything from weapons, armor and accessories that will directly increase their battle power. Whilst gear comes in various qualities players can also improve it through different systems such as Polishing, Fortifying and equipping Gemstones, all of which increase the base stats of a player’s character. Other ways to grow stronger include acquiring a Girlfriend, with some of the cute female characters from the anime making an appearance player characters get the chance to meet and form bonds with these travel companions.

Girlfriends are typically met by completing different chapters in the game; they will join a player at their side adding extra attacks and abilities in combat and, as with the player’s main character, can be upgraded in various ways to make them more powerful. Players also get to make lasting bonds with each other with the Lover system, if both players’ characters are single, reached level 50, in the same guild and VIP1 then once the pair have acquired a wedding ring a proposal can be made that, once accepted, gives the pair buffs, the ability to teleport to each other, and acquire “Intimacy Points” for further upgrades.

The game focuses on an optional AFK/automated combat mode where characters will move from place to place automatically attacking the necessary mobs needed to complete a quest, as well as self-healing, auto-equipping gear and other functions that mean the player has less involvement. Players do have to click through quests and dialogue, meaning the game can’t be played completely AFK. Combat mostly occurs in the open world, but there are various instanced dungeons and areas that players can head to and try and take on more challenging encounters, as well as Bosses, to earn more rewards.

For those that like to compete with other players then they can check out the Arena, here players challenge NPCs or similarly ranked players, gaining 10 challenge chances for free until they reach a cooldown period (this is more easily mitigated with VIP status which allows you to purchase additional chances). Defeating rivals and climbing up the rank ladder will grant fame, EXP, currency and spirit to help stay stronger and keep your competitors beneath you.

The game is free to play but players have the chance to take advantage of the VIP system, by purchasing Diamonds premium currency players climb in VIP rank, the more diamonds they purchase the higher their rank. Being a VIP, as well as the initial Diamonds earned through your purchase, grants a variety of perks and boosts such as extra XP, extra attempts at different features, unique VIP only instances. The VIP system enables players to get more advantages quickly, but they can combine this with various Monthly Passes which also grant a huge array of bonuses. 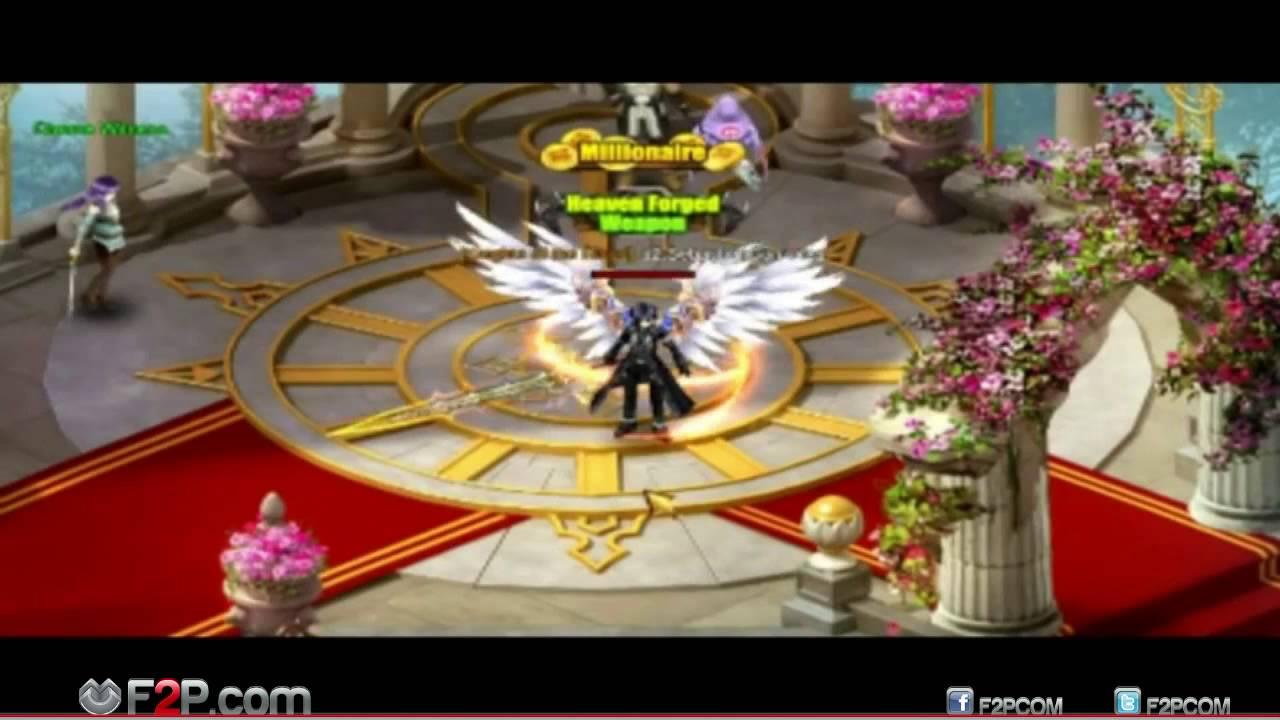