Ice Age Online is a free game, directly playable from browser and set in the world of the animated film “Ice Age”. To begin own “jump & run” adventure is very easy: you have only to register and log in the game web-page. Now the first thing to do is to create your character, a sloth through and through similar to Sid (main character of Ice Age), but customizable as you prefer (it’s possible to create it male or female, to choose hair and some accessories). The purpose that our alter ego has to achieve is to save own pack and other friendly animals from the glaciation’s hardness, collecting resources of all kinds (not only acorns… but also watermelons, ham and everything you may need to survive). 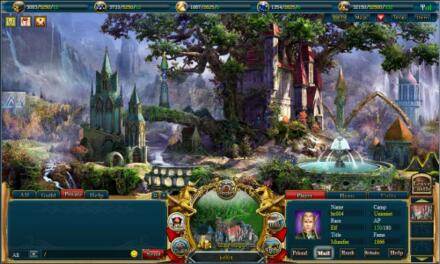 
Fantasyrama is a Strategy F2P Browser MMO Game for kids, developed by BigPoint.

Fantasyrama is a family friendly, fun and colourful strategy building game where players must build up their own fantasy garden that helps to keep the tree of life and all the magical creatures that dwell within the garden happy and healthy. With colourful graphics, peaceful atmospheric music and strong fantasy themes this free to play MMO is ideal for children and adults alike and can be played directly through your web browser and includes Facebook integration.