Developed by Masthead Studios, Guns and Robots is an engaging free-to-play MMO shooter for Windows. The game offers an inventive character design and an almost endless list of customization features, and combines fun art with nearly unlimited gameplay, allowing players to move freely all over the maps, engage in battles, climb up the rankings and unlock various achievements. The incredible battle mechanics combined with funny looking robots add a whole new perspective to the genre. Moreover, you will be able to choose your equipment from a huge variety of weapons and over 150 different parts.


Developed by Sony Online Entertainment Planetside 2 is one of the newest and largest MMOFPS’s on the market. Set on the world of Auraxis players will go head to head in a three way faction war in a battle for territory and resources. Play as the Vanu Sovereignty who with their developed alien techs seeks to dominate the Auraxis as they search for ancient artifacts scattered across the planets’ surface. Enlist as one of the faceless oppressed Terran Republic whose authoritarian dictatorship look to bring law and order through force. Sign up to the New Conglomerate; the rag tag bunch of loosely bound dissidents that fight directly against the Terran Republic as freedom fighters, rebels and terrorists. With a number of different features such as in game squad voice chat, world and vicinity text chat, XP gaining to increase Battle Rank and unlocking new certifications for weapons and improvements, Planetside 2 is more than just your typical MMOFPS.


Tom Clancy’s Ghost Recon Phantoms (Ghost Recon Online in the past) is a tactical 3rd person squad based shooter developed by Ubisoft for Windows. The game puts you in the boots of an elite Ghost and use advanced weaponry and equipment to dominate your enemies on the battlefield in fierce 16 player online firefights.

Players can pick from 3 different classes of Ghosts: Recons, Assaults or Electronic Warfare Specialists. The Recons use intelligence gathering and stealth technologies to outsmart the enemy, the Assaults are the point men, suppressing the enemy for his squad to advance through hardened enemy positions and the Electronic Warfare Specialists use ruggedized electronics to disrupt enemy technologies and protect their fire team. Each of these classes can use different offensive and squad support capabilities which can be used to defeat your enemies during a match.

Warlord Saga is a free to play browser based MMORPG where players get to travel around the vast world, levelling up their hero, acquiring new items and gear to make them stronger as well as recruiting various companions to aid them in their fight. Set in the Three Kingdoms era of Ancient China players take on the role of a wounded stranger appearing in the peaceful riverside village of Changshan and quickly find themselves involved in a battle against the rebels of the Yellow Turbans. Warlord Saga can be played directly through your web browser after a quick online registration and requires no payment or subscription fee to play but holds the option of purchasable premium currency (Tal) to spend in game on various perks and buffs.


Set in the world of Auratia and developed by Runewaker for Windows, Dragon’s Prophet is a free-to-play fantasy action MMORPG which let you explore a vast world as you attempt to fight, tame, and take flight of a wide variety of dragons as you take on this epic adventure which determines the world’s survival.
In the beautiful world of Auratia, dragons fill the sky. The game tells the story of the relationship between humans and dragons and for the first time ever, you have the ability to capture, train and ride your very own dragons.

The Mighty Quest for Epic Loot


The Mighty Quest For Epic Loot is a free to play MMO from Ubisoft that puts you in the role of a daring hero looking to earn fame and fortune by conquering the castles of their neighbours and stealing their treasure hoards from within. The fantasy world of Opulencia is all about bragging about how much you have and never been satisfied; you can always have more loot.

The game plays in two modes; firstly players are responsible for being the builders and caretakers of their own castles, the place where their treasure hoards are held. Be careful as your neighbours look on with greedy eyes to break into your vault at the first chance they get and so to ensure this is no easy feat to accomplish players are able to lace their rooms and corridors with all manner of traps and monsters.

Hero of the Obelisk

Hero of the Obelisk MMO


Hero of the Obelisk is a classic fantasy RPG that takes you to the stunning and exciting continent of Abate, a land literally filled with dungeons waiting to be discovered and explored. Choose from one of the three starter classes; Swordsman, Adventurer or Scholar, and set off on your journey to uncover valuable riches and adventure!

The three classes players can choose from in the game cover the standard trinity; Tank, DPS and Healing, however there is an element of customization and specialization that is available for players to adapt their character to their preferred play style. As a Swordsman focused on strength and vitality you can focus into becoming an offensive powerhouse or a shield wielding defensive tank. The Adventurer focuses more on agility and cunning and can become a stealthy rogue archetype or a tech savvy gun totting combatant. The Scholar, with their high intellect and wisdom, can either follow the path of the divine to become a cleric healer or school themselves as an elemental sorcerer of destruction. Further customization and specialisation is available through the skill trees where players can further tweak their characters abilities.


WolfTeam Reloaded is a high-octane MMOFPS that features the ability to transform between Humans and Werewolves. The ability to switch between Human and Wolf form at any time adds an element of strategy that is wholly unique to Wolf Team. Players never need to worry about running out of ammunition because Wolves have their own distinct advantages – such as running on walls then dropping onto enemies unexpectedly. In certain modes, players can even harness special Wolf mutations, such as Ghost Wolves, which can turn invisible. 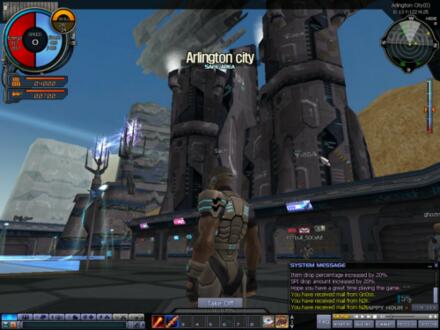 
ACE Online is a 3D space shooter that combines action and MMORPG
elements. Developed by Yedang Online, one of Korea's most renowned
gaming enterprises, the game puts players in the role of fighter
pilots and behind the controls of ships known as "Gears". As the
player battles in this intergalactic world at war, they will complete
missions and engage other players in intense aerial dogfights.

ACE Online injects action and shooting elements into the traditional 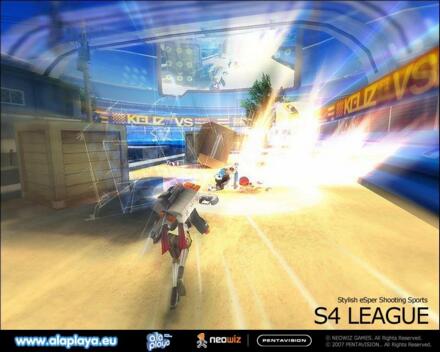 
What exactly is S4 League?

Style – Find your own style, evolve your own Superhero and become the best S4 player ever. A revolutionary 3D-Cartoon-Rendering Technologie is the current best one and gives you the possibility of cool stunts and hellacious outfits.

eSper – choose one of many supernatural skills use them strategically to bring your team to victory.

Shooting – Train all weaponservices and find out which one is your strength. Only the best combination of skill and weapon brings you to pool position. 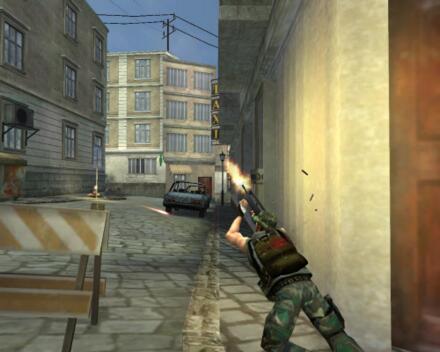 
Developed by K2 Network, War Rock is a free to play military tactical first person shooter (FPS), which features team or solo based play and unbelievable missions and maps. Equip yourself from a wide array of weapons and field gear, and fight on foot or take the battle to the enemy in armored vehicles ranging from Blackhawk choppers and K1 tanks to F-15 Eagles.


CroNix is a F2P Shooter MOBA developed by Magics

CroNix is an F2P action shooter meets MOBA style arena shooter where players will go up against one another in brutal objective based battles using a range of powerful characters and exciting and strategic combat gameplay. Accessible on Windows platform the game has been developed with Unreal Engine 3 to show off spectacular graphics and physics and capture the explosive moves and environmental special effects. The game offers a variety of character classes to choose from giving players a varied choice of playstyles when it comes to combat and focuses on a team based co-op in a typically PVP setting over a range of game modes.


Scarlet Blade is a free MMORPG set in a sci-fi fantasy world and developed by LivePlex for Windows. The game offers players the chance to control a powerful and sexy Arkana while unveiling a unique, compelling story against the backdrop of a vibrant fantasy world tinged with sci-fi elements. You will have the chance to follow this intriguing storyline, explore a gorgeous world, plunge in the huge PvP system with large scale battles against other players, transform yourself in a powerful mech and enjoy the fast-paced, action packed combat system of this epic story-driven MMORPG.


Soldier Front 2 is a MMOFPS developed by Dragonfly GF Co Ltd for Windows that takes place in an alternate future timeline in which the nations of the world have been pulled into a new cold war and an alien species named Xanthids have arrived to the Earth. The game delivers stunning graphics, tightly balanced team warfare and a huge variety in gameplay and customization options.

Soldier Front 2 has multiple game modes that allow players to team up against one another and ensures that the team-based action is always fresh and exciting. These game modes include the typical death match and capture point modes as well as a unique MOBA-style map and a co-op battle that pits players against waves of attacking aliens. In addition, the game includes lots of different maps and game scenarios which allow players to play hundreds of different matches.