In voyage century, you will experience the excitement that hundreds of warships combat in simultaneity. The verisimilar and perfect ocean waves represent the grand scenes of sea battle and bring you extraordinary experience.The combat patterns are various. You can choose any one, the grand far-forth cannon firing or the exciting grappling. The battles between countries, guilds and parties will break out at any moment.

There are more than 160 kinds of merchandises. Genuine Finance System is embodied in the game. The prices fluctuate according to the change of the supply and demand, and the dynamic price system tests the players’ commercial mind. The realistic voyage line and distribution of the merchandises represent the flourishing maritime trade of the 16th century and bring you to the true voyage world.

Adventure and exploration is where the charm of the voyage works. Experiencing the adventure of discovery, fighting against the pirate and cruel nature environment on the broad sea will prove your competence of dominating the sea.
More than 1000 kinds of mysterious findings are waiting for you, which will fully satisfy your curiosity. The exploration on the Pyramid of Ancient Egypt and search for the lost secret of Beirut Palace will give you a sense of presenting on the scene and the pleasance on discovery. Voyage Century is not only a game, but also an encyclopedia that broaden your knowledge in geography and history of 16th century.

There are altogether four different basic characters, whose appearance can be changed according to one’s own favor. There is a large pallet at weapons and articles of clothing, for which one must control certain in each case talents. The most important companion of the player on the ocean is naturally the ship, which can be upgraded and changed in Voyage Century.

In the game, there is an enormous selection of sequential missions. One receives these from the respective contact men, in addition, of the NPCs. If a player successfully brought a mission to end, the player receive a reward in the form of cash or a treasure, construction or draft sketches and a higher reputation. The accomplishment of a mission brings you the sense of success. 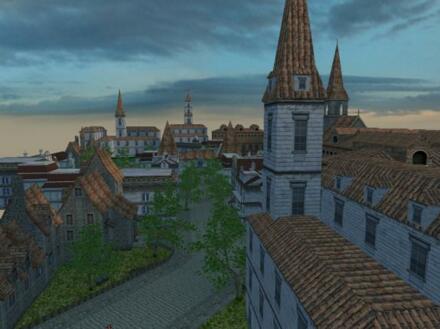