When starting out players have currently three playable classes to choose from; Gunslinger, Mage and Swordmaster (with Dragon Knight to come), each has their own skills that can be used in combat and play style, including a powerful ultimate ability that is charged up throughout the battle and then unleashed for an immense amount of damage. Levelling up players will get access to certain quests at different levels, which when complete will unlock other classes, with six to acquire: Berserker, Hunter, Cleric, Occultist, Rogue and Paladin. Players have the ability to switch between these different classes whilst using the same character at will, provided they are out of combat, meaning if a player struggles defeating an enemy with one class they can switch to another, or always ensuring that with a group of players one person can be the much needed healer Cleric.

Each character can be made more powerful in different ways; by levelling up they will increase their stats but also gain access to a talent point that they can spend in the individual class talent trees. Each class has two trees that they can level up, which offer different play/fighting styles, and will increase stats and abilities. Similarly players can acquire various items such as weapons and armor that can be refined to further improve their character, or powerful Starstones that enhance their attributes. Players can also gain access to warrior companions that will battle alongside them known as Senshi, each Senshi has unique abilities and ultimates that they will use in combat and can be fully upgraded themselves to make them even more powerful.

The game isnâ€™t all about fighting, at the end of the day players can retire to their personal player housing, a mobile home known as a Terracottage. The Terracottage is broken up into three main areas; the Greenhouse used for growing all manner of plants and ingredients to be used in the different crafting professions such as cooking or alchemy, the Workshop that allows further crafting, making gear, gadgets or clothing garments all to use, sell or trade with other players. The main hall is a place to rest or gather together friends to relax and socialise, these areas come with their own personal butler and can be decorated with all types of furniture that players can either craft or find around the world, allowing each player to put their own personal touch to their home. 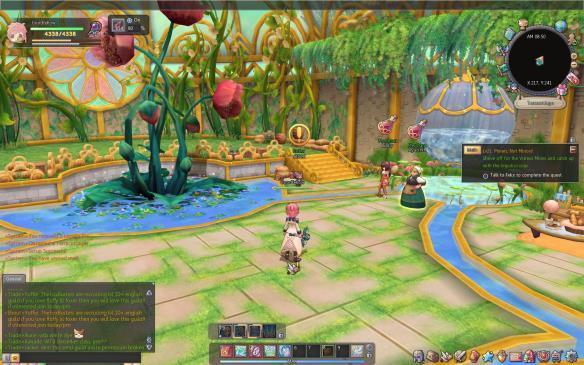