Sho Online is an online game that is based on one of the four Chinese tales called the Fengshen Yanyi.

Fengshen Yanyi, is a story that is created based on the real historical events. It merges the conflicts between the Yin and Zhou era to the imaginary world of Taoism.

In order to create the fantasy world of Sho Online, weve adapted the fantasy elements of this tale to the game.

The starting point of this game is 50 years after the original Fengshen Yanyi incident took place.

Even though the Zhous revolution was successful, they were still confronted with the remaining forces of the Yins.

Under the circumstances where conflicts between the Chun and Jeol factions of the upper world rising, each players are positioned within the nation that they choose to be in.

Players must sometimes fight and help each other to rebuild their nations. Trying to rebuild a nation through wars and friendships will take you into the epic world of Sho Online.

Over 80 different regions created through the historical research, players are to expand their territories by going through the new challenges that they encounter throughout the game. Players will fight till the day that they are acknowledged as heroes.

Developed by adapting the advantages of both Eastern and Western cultures, Sho Online presents unique atmosphere as well as unique game play. Players will experience something that theyve never experienced before in the world of Sho Online. 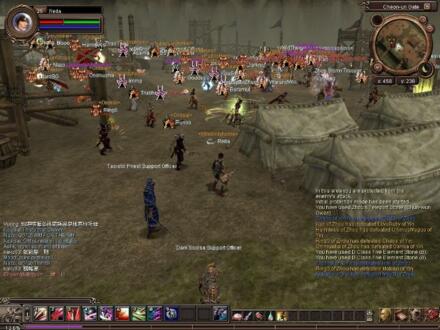