Webzen introduces SUN, the first title to incorporate console-style game mechanics into a classic MMORPG. With action-packed intensity, stunning graphics, unique battle systems and a captivating cast of characters, SUN is an epic medieval tale in a world of emperors, armies, magicians and monsters set to an original soundtrack by Howard Shore, Academy Award winner and world-renowned composer of the theatrical score from the acclaimed "The Lord of the Rings" films.

Under the reign of the Immortal Emperor, Schwarz, the Geist Empire has ruled the Blandis continent for five hundred years. Possessing secret knowledge of the essence of nature known as Ether, Emperor Schwarz converted the precious Ether into dark energy and used it to conquer the entire continent with his formidable armies. The continued extraction of Ether has impoverished the land, causing the Empire to turn its eyes to the rich lands of neighboring nations to continue its supremacy. With insurrection inevitable, a rebel leader, Ignis, has formed an elite force called the Guidance, which has declared war against the Empire.

I. UNIQUE GAME SYSTEM.
The SUN game play scenario enables players to enjoy a rich and well-organized storyline within the structure of traditional MMORPG incorporating action/adventure play. Unlike most MMORPGs, SUN allows players to strategically set the stage for battles by choosing different types of maps, entry numbers, degrees of difficulty and types of monsters for the ultimate customized game play experience. Additionally, advanced community tools allow players to communicate within a village and experience various kinds of economic affairs.

III. STYLISH BATTLES.
Fluid movement and extravagant effects set the stage for astounding battles with optimized production. Player vs. faction and faction vs. faction battles provide a "hack & slash" atmosphere for players. For large-scale combat such as siege warfare, SUN utilizes a combat map with partitions that divides players into multiple fields each containing 20-40 characters; the outcome each battle having direct affects on the combat occurring on other fields.

IV. RICH REWARDS.
Items can be strengthened and upgraded throughout the game play of SUN to continuously stimulate a player's desire to acquire them and increase loyalty. Players can take advantage of simple enchanting, a socket system and the unifying of multiple items to bring multi-folded joy to their game play experience. Additionally, when a mission is near completion, tips will appear for readers to unlock hidden missions. 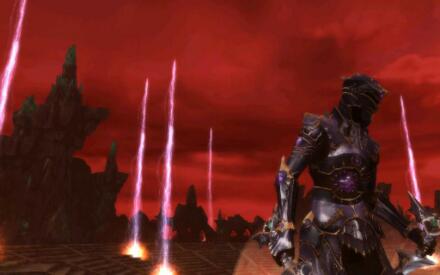