Rumble Fighter is a fighting MMA (mixed-martial arts) game, easy to pick up and fun to play.

In Rumble Fighter, players can upgrade and customise their fighter by either earning “Carats” (through winning battles), or by buying “Astros”.

Gamers are invited to create an online character with a unique fighting style and virtual personality, then scrap it out, online to the bitter end against fighters from all over the World.

Pit your fighting wits against fighters across numerous feature-rich 3D environments using a wide variety of fighting techniques and in-game weapons and items.

- Up to 8 players in the same room

- Hardcore Gamer or Casual Fighter – Rumble Fighter is exciting for players of all abilities, from the “Casual” to the “Hardcore”

- Upgrade with Astros – use in-game points known as Carats or buy OGPlanet’s universal cyber currency Astros to further customise your characters and buy new techniques, weapons and other items 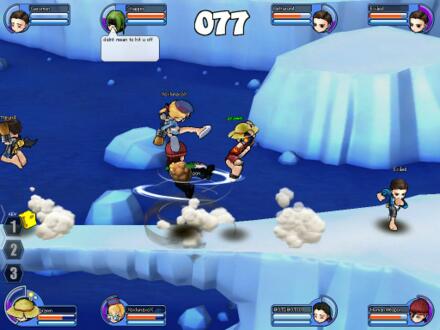