When starting out players have four different classes to choose from, unique combatants that have their own sets of skills, armour, weapons and play style: Ninja, Shaman, Warrior and Sura, furthermore each class branches off into two different subclasses once the player reaches level 5. The Ninja is a professional killer focusing on stealth and dexterity to get close to their targets and unleash a deadly ambush, though there are only able to use light and protective equipment, these powerful assailants can focus on being a Blade-Fight Force or an Archery Force. The Shaman is a versatile and powerful magic user that is able to unleash powerful offensive spells as well as fortifying both themselves and companions with the support skills, unlike other classes in the Shaman is unable to use a sword, however they are the only class able to use a Fan or a Bell, they can focus on being a Healing Force or a Dragon Force subclass. The Warrior is a heavy armoured combatant who is proficiency lies primarily in melee using their strength to overcome their enemies with a variety of two-handed weapons or using a sword and shield, they can focus on becoming a Body Warrior or a Mental Warrior. Finally the Sura is an unnatural magic user, allowing the Devil seed to take hold and grow in their own armed they are proficient in close combat using weapons or fighting at a distance using black magic, these two different focuses allow them to specialise as either a Weaponry Sura or a Black Magic Sura.

The Metin Stones are one of the key features of the game, ancient meteorites that fell from the sky and if destroyed can give great rewards that otherwise Found elsewhere in the game and it is the primary source for monster spawns that have plagued the realm since they began to fall. Monsters are a great source of the XP, that will allow players to level up and unlock more skills and abilities, as well as item drops and the Yang currency, killing a monster is a much higher level gives bonus XP for overcoming the challenge.

As well armed items and gear players will also be able to earn their own Mount, from Basic Mounts such as the Boar, Wolf, Tiger and Lion to Special Mounts such as the Nightmare, Unicorn, White Lion, Polar Predator and more. Players will gain extra abilities and skills whilst on horseback as well as extra defence or strength, the known skills and power of a mounts’ abilities depends on the mounts level requirements to use it. Players can also earn animal companions as pets, and whilst they can’t be ridden they do offer special bonuses sometimes, but otherwise act as an athletic companion that follows you around, players can earn pets such as a Phoenix, Leopard Cub, Young Reindeer as well as events pets such as the Pumpkin Head and Little Broomstick earned during Halloween.

Some servers are open PVP whereas others allow players to flag themselves freely, to make themselves attackable and encouraging PVP from other players, combined with the hunting of monsters and creatures and PVP also comes into the Rank System, where players can gain Closeted and Negative ranks depending on their in game actions. By killing monsters that are within your level range players will gain positive rank points, the higher the monster level the more points you get, I higher rank in turn increases the drop rate of specific items as well as the success rate when using a Skill Book or Soul Stone. Negative Rank is primarily earned by killing other players from your own kingdom, either on your own or when in a group that performs such an act, the lower your Negative Rank the more rank points players will lose when using a Soul Stone, as well as having a chance of dropping items from their infantry if they are killed in PVP. 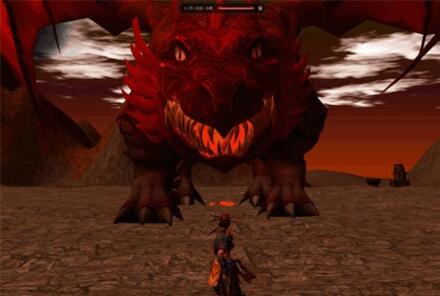