Developed by DACN for Windows, Loong is a free-to-play 3D online role-playing game (MMORPG) set in ancient China. Heavily based in Chinese mythology, Loong offers beautiful scenery and exciting combats whether you prefer PvE (player vs. environment) or PvP (player vs. player). Loong also offers epic PvP battles with up to 500 players fighting at the same time. PvE players will have hundreds of quests to solve, traveling to many different cities and areas, each with their own flare and history.

There are no classes in “Loong”; you are free to choose where to spend your skills points in the Skill Trees. But it is important to remember that you can only put points in three of the trees, two weapon trees and the Battle tree. There are a total of seven weapons, sword, sabre, polearm, bow, zither, glove, and totem. 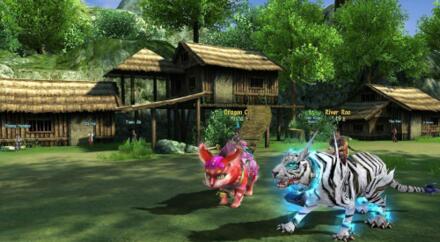