Heroes of Kung Fu is a browser game based role playing game,free2play MMO developed by Ray Flame Entertainment Inc., with numerous amounts of quests and equipments at the player’s disposal. The game combines the beauty of browser based games and RPGs together giving gamers a whole new experience. Heroes of Kung Fu takes place during the Warring States period, where wars are fueled with rage almost everywhere. Your role is a warrior coming from modern times to the ancient times to help your own country stand against invaders. Choose your profession between knights, knight-errants or hermits. Ready to play directly in your browser, the amazing instance system in Heroes of Kung Fu contains 7 large passes. Each pass is a separate instance, and each instance has its own features. Players need to know each pass’s landform, features, and the distribution of monsters. With the game’s creative in-turn battling rule, gamers need great team work to manage and pass the instances. If gamers pass one instance, they’ll gain a lot of rare and ultimate equipments.

For centuries in ancient China, feudal wars raged across the continent. Land and power hungry emperors scoured the land looking to conquer anyone who dare stand in their way. Kingdoms rose and fell as war spread throughout the land. From 476 to 221 BC, seven kingdoms ruled the land. This would be known as the Warring States Period. This became a pivotal point in history where China would soon be united. The seven kingdoms were Qi, Yan, Chu, Han, Zhao, Wei, and Qin. These kingdoms prided themselves with their warfare and fighting techniques. Every kingdom felt like they could take over the world. During these times, kung fu was highly used and respected by all the kingdoms. Each kingdom had its own unique style and techniques. There were many kung fu tournaments for people to test their skills against others. In an attempt to decide which kingdom had superior kung fu, the seven kingdoms held a nationwide competition. Each kingdom would send one representative to fight. The best fighter from each kingdom would carry the burden of the kingdom’s glory and honor. 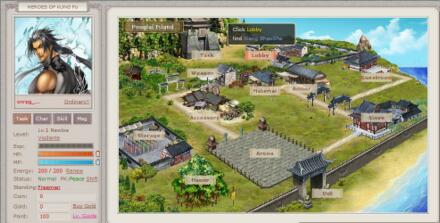