EverQuest II is the sequel to the hugely popular MMORPG that has for nearly a decade stood on its own two feet as benchmark for many games on the genre. In the game players are transported to the world of Norrath, a fantastic world of magic long abandoned by the gods where exciting races battle against each other to lay supremacy over the realm. With 13 different classes available, each with their own unique specialisations, a huge world to explore, thousands of quests, dungeons and PVP content available the game is a classic MMORPG with all the trimmings and features one can expect from such a title with such a big legacy.

Upon stepping into the world players must create their character from the huge selection available, a massive 20 different races divided up between the Good, Neutral and Evil races. From the benevolent and morally virtuous Froglok, huge walking and talking froglike humanoids that show a formidable prowess in battle as well as heightened intellect or the malicious Arasai, born from the dark magic they are defiler’s and torturers of the peaceful races that inhabit Norrath in service of their Teir’Dal queen.

The various classes available are divided into four subsections: Fighters, Healers, Scouts and Mages, touching upon every type of play style that the player could want. As a Scout a player may be intrigued to try a Bard over a Rogue, and then they face the choice of focusing as a Dirge or a Troubadour. Where the Dirge focuses on playing songs of misery and despair that can fill their allies with a furious as they recall fallen companions and can instil fear and hopelessness in their enemies, the Troubadour are able to embolden their allies to perform courageous feats and inspire them, particularly spell casters.

With up to 95 levels of gameplay the game is packed with content and lore, with years of stories and adventures that have carved out the very landscapes of Norrath, further fuelled by the six different full featured expansions that the game has released. As well as this there are 95 levels that players can train up a trade skill, supported through the extensive questing system that the game boasts. Trade skills revolve around crafting personal items for players as well as furniture for player housing decorations, players can harvest a variety of different resources around the world and use them to create items depending on the type of class (Craftsman, Outfitter or Scholar) and subclass that they have chosen e.g. a Carpenter can create furniture, repair kits and strong boxes whereas arm Alchemist can create a variety of poisons and potions for players to use.

To combat the various quests and dungeon content within the game players are able to form a group with up to 5 other players, as well as creating a raid group with a max of 24 players, such groups are required to battle the various challenges available in the game. Whilst the majority of creatures and monsters that players will come across day-to-day will be normal strength, others are considered Heroic and will require a group of players and even Epic that are classified as world/raid bosses and will provide the greatest challenge as well as the greatest rewards.

One of the unique features within the game is the Mentoring System where high-level player characters are able to scale down their abilities, stats and equipment when mentoring a low-level player. This allows the high level player to accompany the lower level player without them being to overpowered for the lower levelled players quests then removing any challenge for them, also with this a meant sword player gains a bonus to their XP.

Players are able to join or create their own Guilds within the game and, similar to character level and trade skill, each Guild has a Guild level that can be maxed up to 95, XP is gained when a member performs any type of task that will earn them ”city status”. In turn as a Guild levels up they gain access to new mounts, items, housing and an improved Guild Hall as well as a variety of other benefits to the Guild members. 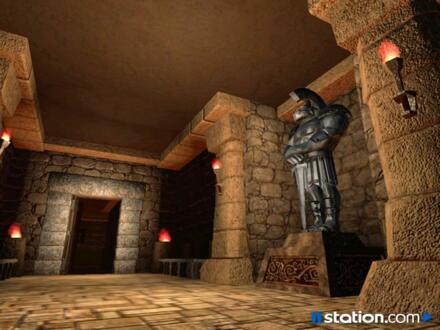