Start from nothing and build a prosperous empire by building cities and managing production and population. Create a respectable army that can both protect the people and conquer enemies. Equip your army with powerful gear and abilities tailored to suite your own personal strategy. Conquer the political scene and lead your allies in the quest to be the ultimate winners of the era.

In Dreamlords all your decisions truly makes a difference that influences your power and success in the shattered world. Do you have what it takes to become the ultimate Dreamlord, a worthy leader of your people and the conqueror of Elysion?

Soulshards form the base of the economy and is primarily obtained through victorious combat encounters. Soulshards have dual purposes. They are mainly used as currency throughout the game, but can also be dissolved into pure gnosis which influences your level and over all power of your dreamlord and empire. It?s not an easy choice, but only one of many you must constantly make in the game of Dreamlords.

Dreamlords features an authentic supply and demand economy where you can earn a fortune in multiple ways. Buying and selling items on the market is only one of many ways to make your empire wealthy.

Your base of operation is your Patria, a desolate piece of land floating freely in space, inhabited by a rugged bunch of civilians. From this you must begin to expand the civilization by building new towns and managing production and population growth. You must secure the dangerous land by force and make room for your expanding empire.

Player versus player combat is the clash of strategies. When fighting another player all your decisions on management, army set up and equipment boils down to action packed battles. In no other game will your over all plan and progression be visible in such concrete moment as in RTS combat.

PvP combat can be rewarding for you and your allies. By making claims on public land you become eligible for PvP combat. If no one oppose you the land is yours providing important resources and bonuses. However, other dreamlords are free to oppose your claim so unless you are victorious the land goes to your enemy.

Allthough soulshards are the most important resource for all dreamlords the race of the dreamlord?s population are unique and offers different game styles. The three races have different approaches to progression and technological advancement.

The beastlike Thûl are based around leadership and combat. The centerline of their technology tree is the development of their alpha male. The method of progression is collecting sacrificial blood, a race specific resource gained from all combat encounters.

The Thûl are very centered around combat and cannot make technological advancements without engaging in combat.

The analytical Nihilim rely solely on their empire to provide research advancement. The population can be ordered to work in research buildings that generate an amount of research ?power? in a continuous stream. On the downside the Nihilim has a vastly more advanced technology tree then the other races.

The Nihilim are able to make technological advancements as long as there is a population working with research, although they need to spend more research effort to get the same results as other races.

The faithful and strict covenant can also generate technological advancement by ordering the population to study the ancient Empyrean Doctrine, the covenant holy scripture. Some of the main events are described in the doctrine as quests and these must be solved by force before the clerics may understand the full meaning of the text.

The covenant can make some technological advancement until faced with a quest at which point they need to go to battle before progression can continue. 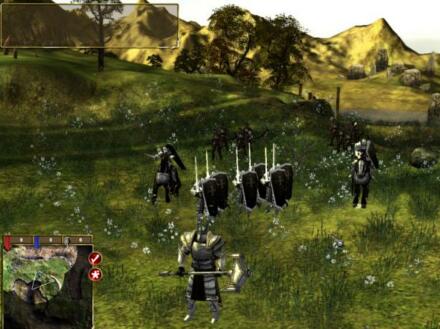