In the world of Dragon Raja, you may pick any one of the key classes. Each class comes with its own unique strength and weaknesses. Consider wisely before you initiate any class as your own as it will be a long journey of discovery and adventure between you and your character. And yet, we advise you to try each class in the early part of the game, to familiarize yourself with the traits, abilities and uniqueness of each character. Whatever your choice may be, the ultimate objective is to be Dragon Slayer…and we’re serious about it.

Warrior
The warrior is truly a fighter in all sense of the word. His mastery of weapons make him a very formidable melee fighter.

Archer
The archer is one with the woods and has great tactical skills coupled with precision to bring down enemies at the drawing of the bow.

Magician
The magician is a mysterious character, with the abilities to draw energy from the core of the universe and manipulating it to further his own arcane arts.

Priest
The priest is a crusader of his religion, a true cleric of power. Armed with a little more than his faith, the priest can heal and also wound any that opposes and provokes.

Thief
The thief is a wily survivor where he uses his quick wit and stealth more than mere strength to win battles. Beware the light fingers of this shadow. 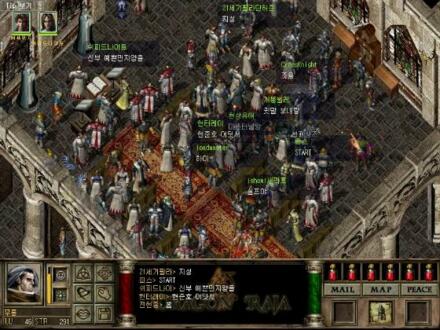