Crossfire is a fast, fun and free to play first person shooter MMO where players are will fight against each other in opposing factions across a variety of different maps and game modes creating exciting and challenging content as players compete for rank and positioning on the world leaderboard. The game is free to play with a variety of purchasable items using real-world money that offer players unique cosmetic items, powerful weapons and bonus supplies and gear to give them the edge in battle.

Players can purchase a variety of different characters that they can play in game ranging from The Navy seals, SWAT and SAS to more lore focused characters such as Special Operations (SPOP) who are formed to combat terrorist activities. As well is this there are a variety of Mutant characters that players can choose including Assassin, a technology focused mutant that uses grenades to disrupt his enemies to Maiden, a bizarre by a weapon utilising ghost stealth technology.

There are extensive customisation options within the game for players to customise their own gear loadouts, choosing from a wide range of primary weapons such as Assaults Rifles, SMG’s, Machine Guns, Sniper Rifles and Shotguns as well as a handful of secondary Pistols, melee weapons, grenades and other gear and accessories. Weapons have their own stats based on recoil, accuracy, power and more making them useful in different situations and appealing to different types of players. Each weapon will have its own cost where players can either purchase the item for a large amount of in game currency and add it as a permanent fixture to their arsenal options, or purchase a crate for a much lower cost giving players access to the item for seven days.

Crossfire boasts six different game modes that players can fight on, each having a variety of different maps to keep the combat fresh. Ranging from classics such as Team Death Match, Free For All, search And Destroy and Elimination to the more unique games such as Ghost Mode and Mutation. In Ghost Mode is similar to Search And Destroy, however the team team that must plant the C4 have special stealth suits that give partial invisibility, as a Ghost the players are only able to use their melee weapons. Mutation requires both teams to work together against a common Mutant enemy that can transform other soldiers into mutants as well as being able to evolve through various stages to become more powerful and gain more unique abilities; the objective for the Mutants the objective is to transform all the soldiers into mutants before the timer expires, as soldiers the objective is to survive or kill off all the mutants.

The game modes takes place over a variety of different maps including sea bases and port’s, transport ships, factories, abandoned Mexico missile bases, Downtown and other interesting locales where the environment can map layout can greatly change the style of gameplay and combat. Whilst each game mode has its own objective players are also able to pick up Missions that allow the players to earn added rewards for completing daily, weekly and monthly tasks. These missions are focused on three different types: Kills, Games One and Games Played, where players are tasked with killing a certain number of players, winning particular game modes or competing on specific maps.

As well as rewards for Missions players have the opportunity to earn Badges, Ranks and Ribbons, each having unique prerequisites that players must reach and can then display their awards publicly for other players to see. Ranks in particular and will range from Trainee up to Sergeant (Class 4) and along the way players gain bonuses/rewards as well as unlocking features such as being able to join a clan or gaining access to new, more powerful weaponry. 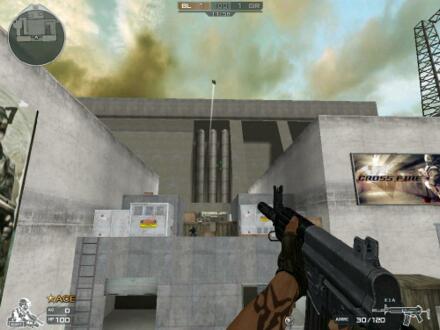