Conquer Online is a free-to-play 2.5 MMO developed by TQ Digital Entertainment offering a fast-paced combat and a myriad of PvP options. Set in the beautiful and opulent world of oriental fantasy in ancient China, the game favours a straightforward combat-focused play style, incorporating common elements of many MMORPGs such as wealth, fame and character development.


And when there are no more new skills left to learn, no more regions left to conquer and no more monsters left to challenge, Conquer Online offers the great opportunity to be reborn. In this case, your character undergoes a process similar to reincarnation, being finally born again as whatever class you like. For memories of previous lives linger, granting you additional powers, skills and abilities from your old class, reborn characters are much more powerful than newborns, possessing more Battle Power, higher abilities, better skills and visual glamour.

Conquer Online has a visual style that resembles the traditional Chinese hand-painted artwork and moreover provides a complex mount system allowing players to fight on horseback and to breed new mounts with each mount having its own attributes. Among the multiple PvP events the game offers there are many different types of PvP action, like the Guild War, Class PK tournaments, Team PK tournaments, Faction Wars and more. 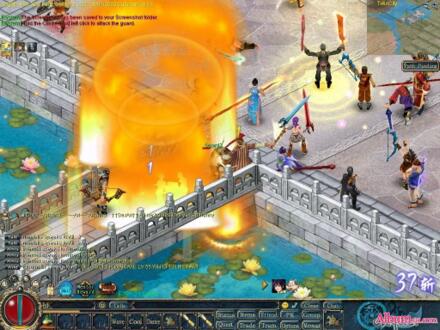 
Conquer Online Might of the Shadow Fan Expansion Trailer