Another World (c) is a multi-player RPG on-line game. Our aim is to create an interesting, beautiful and fascinating world,where everyone can create his/her own account and live another life with it, because all the things you want to do depend only from your will.
Currently there are lots of things that we have not realised in the game but this project is free and not commercial for all of you.

Planet LB-117 ( Antonuin )
A little planet on the outskirts of the Galaxy was discovered more than 200 years ago by a space scout ( LB-117 - number in the Galaxy's catalogue ). There are no intelligent forms of life, but the atmosphere is acceptable for some types of flora and fauna, climate is temperate. The government of the Republic was attracted by some minerals lieing on the surface of the planet. There were built some mines and ore-processing plants, where prisoners and some free people were working. When all the resources were depleted, government decided to conservate all the objects and LB-117 was classified as a third class planet.LB-117 was never in the zone of interest of trade unions and emigrants because it was far from main transport routes. Only people who agreed to live here arrived on the planet. All the population consists of some settlements near the cosmoports that were built some time ago. Laws and rules of the Republic have no power here, everyone survive how he can. 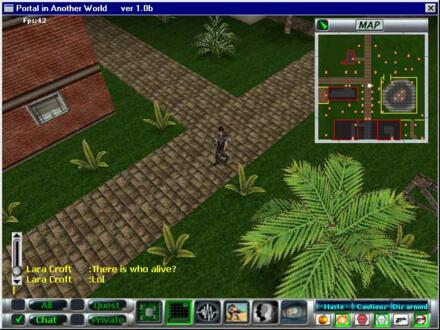