Alliance of Valiant Arms (abbreviated to A.V.A) is a free mmorpg First Person Shooter game. Developed by Redduck for Windows. A.V.A is based on a fictional war between the EU (European Union) and the NRF (Neo-Russian Federation). Gameplay is very similar to many other online FPS, weapons are bought using in-game currency in the store menu. From the store menu, purchases of an assortment of weapons, attachments, armor, helmets and skill upgrades can be made. All of these have a durability meter which lowers as they are used more in-game.
Choose your class between Rifleman (Universal soldier for all kinds of operations. Can join in under any battle status. This class is more than capable for all types combats. Can employ wide range of variable strategies), Pointman (Highly mobile class specialized for close range assaults. Very effective when attacking enemy troops from behind or when scouting), Sniper (Capable of effective attack in far distance. Suitable for defending certain area or supporting main attack force with covering fire).

Weapons are able to be customized by a variety of attachments that can be bought from the store menu, such as PEQ-2 systems, silencers, grips and scopes. However, not all weapons can be equipped with certain attachments. Silencers can only be used on Submachine guns, and some handguns. Assault rifles and Sub-machine guns may have laser sights and scopes if they have a Picatinny rail system. Certain weapons also need to be converted to support rails, for a small cost. Snipers can have scopes with higher levels of zoom. New attachments, and various types of equipment are expanded upon are added during monthly updates. 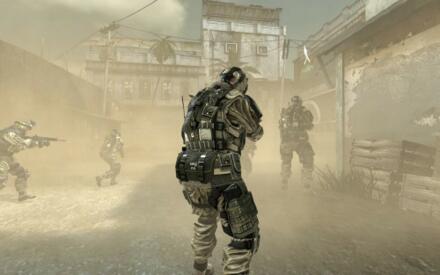